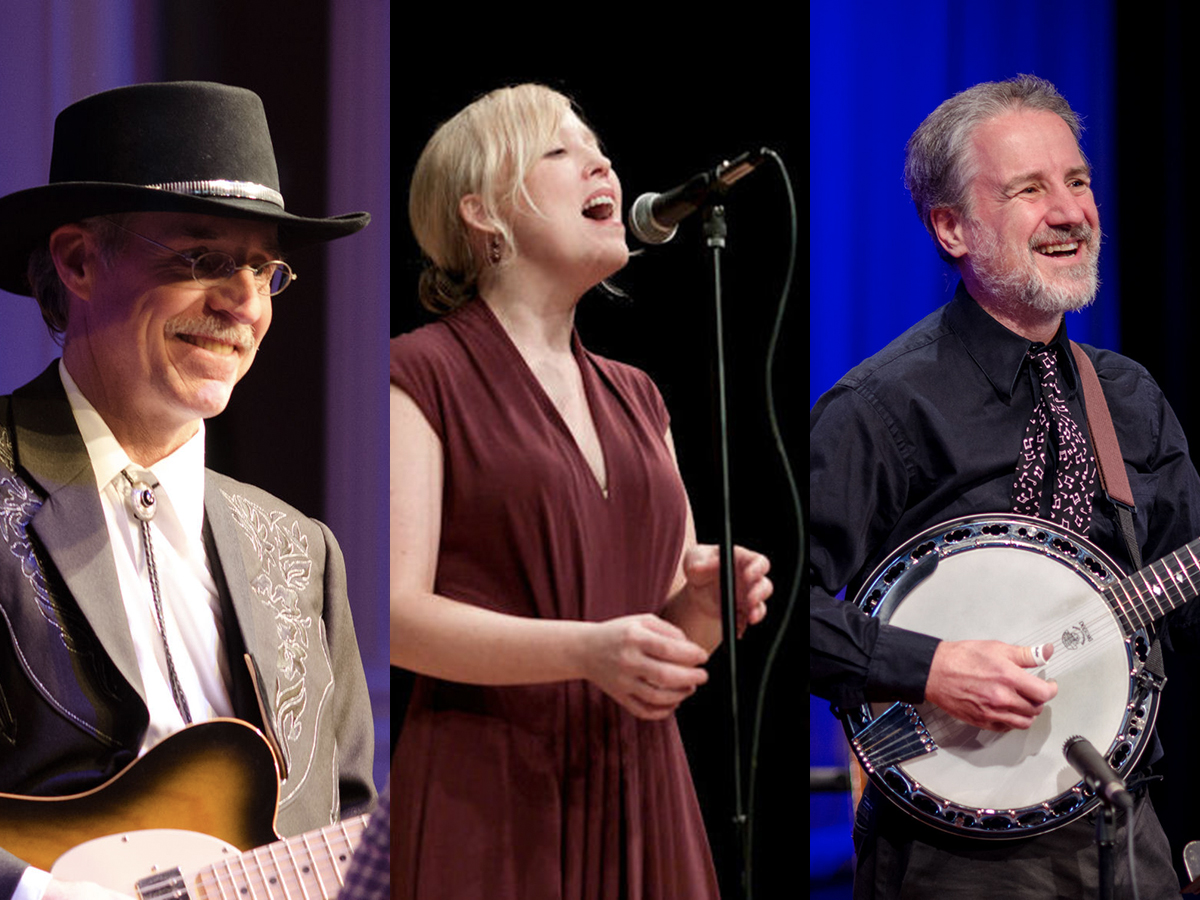 Tom Waselchuk leads the MAMA Award-winning Americana band The Dang-Its and has performed for more than 20 years in a free-swinging guitar duo with multi-instrumentalist Doug Brown. Doug has long been among the most in-demand freelance sidemen on the Madison music scene in a variety of genres, as well as being a band-leader, composer and arranger. Doug and Tom have also toured nationally and internationally with Madison Gypsy swing icons Harmonious Wail. Jodi Jean Amble made a major splash in the Chicago scene fronting her eponymous band — nominally jazz, but equally at home with, pop, country and more — and as a member of the highly eclectic ensemble Jenny Dragon. She now lives in Madison and is continuing to turn heads.

The Honey Pies first performed at the ninth annual Spring Green BeatleFest in September 2017. What was meant to be a one-time collaboration felt so comfortable that they set out to build on the experience and perform regularly. The trio’s repertoire embraces folk, Americana, jazz and pop. For more information, see www.honeypiesmusic.com.

Tom Waselchuk (& The Dang-Its) — “I was blown away by their performance last night. I consider them among the best musicians we have had on our stage.” — Marv Nielsen, Blackhawk Folk Society

Jodi Jean Amble – “Elegant, subtlety sexy and composed, Jodi sounds and looks great on stage and literally has the crowd howling from her first song on. Her voice is inviting and draws the audience to her.” — Randy Freedman, Chicago Jazz Magazine