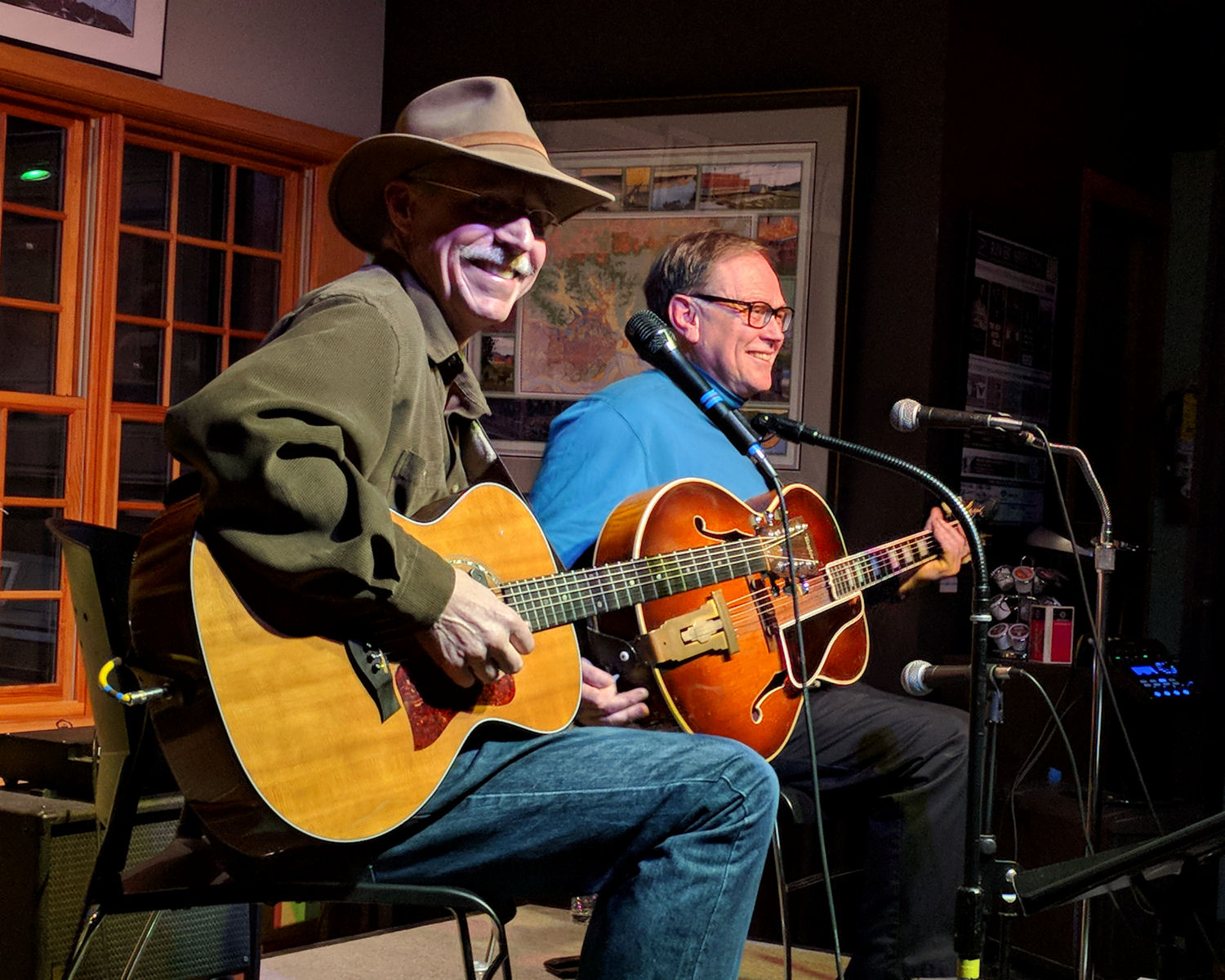 Tom Waselchuk will be familiar to southern Wisconsin audiences from his work with his Americana band The Dang-Its (1998 to present) and Gypsy swing ensemble Harmonious Wail (2001-11), with whom he toured the U.S. and abroad. He keeps up a busy schedule of solo and small ensemble performances including his newest collaborations with Mr. Parrott and with Chicago vocalist Jodi Jean Amble. Ms. Amble, Mr. Waselchuk and another of Tom’s long-time guitar partners, Doug Brown, are currently performing as The Honey Pies. Tom’s guitar work demonstrates equal ease with a range of styles from jazz and pop to country and bluegrass.

John Parrott is a rare species in the vast genus of acoustic guitarists. He plays the archtop rhythm guitar in a style that was common from the 1930s to the 1950s (think Count Basie, Frank Sinatra and Bob Wills). For 40 years he’s applied his skills, sensibilities and adult chords to the field of String Jazz, backing up such luminaries as John Hartford, Vassar Clements and Steve Goodman. John is especially noted for his many years of laying down the swinging pulse for the great jazz mandolinists Jethro Burns and Don Stiernberg. John currently works and records with Milwaukee musicians Chris Hanson, Robin Pluer and an assortment of jazz and swing artists.

Together they present a showcase of 20th-century American music in a variety of genres with solidly swinging guitar artistry and more than acceptable vocals.