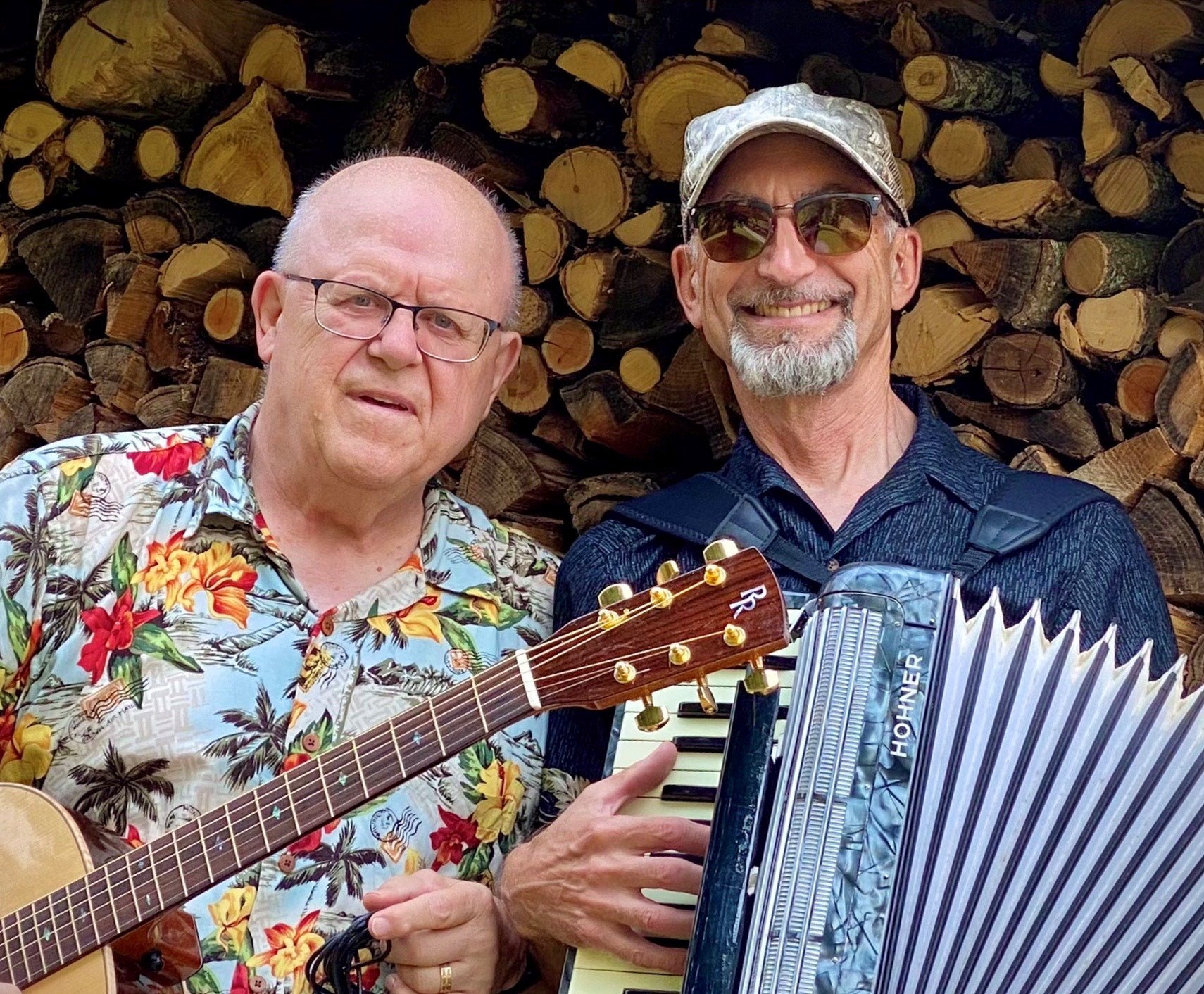 Chad Moritz, aka “Squeezebox Paradox”, enjoys applying his instrument to many musical genres, including rock, surf, Cajun, folk, bluegrass and even the occasional polka.  If you like squeezebox playing, be prepared to have your ears piqued and your expectations broadened. Chad first met Ron Towle during a music jam at the Spring Green General Store, and they have been swapping songs together for several years now. Ron has been playing guitar and singing folk music since the ’60’s. He helped found a string band in the ’70’s that evolved into Liberty Prairie Bluegrass Band. He loves to sing and is a member of two choirs and frequents the jams in the area, especially at the Spring Green General Store.