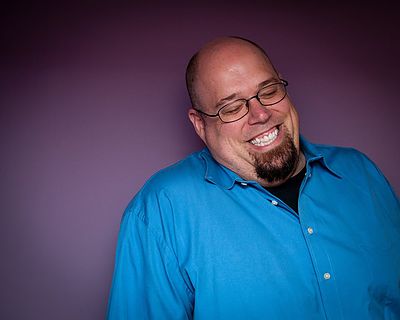 Arthur’s Supper Club is hosting a comedy show with comedians Mark Poolos headlining and Randy Ankarlo as the opening act.

Mark Poolos was born and raised in Edina, Minnesota. To start his career, he co-starred in two independent films: “Attack of the Killer Snow Cone Zombies” and “Joanie Loves Furbies.” Mark stands 6 feet 7 inches and weighs in at 350; technically a giant, but he is very weak and a wimp. In his routines he weaves story of his life as a bumbling jolly giant in his fast-engaging storytelling style.

Randy Ankarlo, standing 5 feet 3 1/2 inches tall (in extra thick socks) with roots in the Rockies and the Midwest, is half Scandinavian, half Hispanic and totally bewildered. But happily, this curious combination is the perfect recipe for a huge helping of laughter served with a generous side of smiles. Whether he’s reminiscing about the trauma of take-your-child-to-work day or exposing the perils of Internet dating, Randy excels at catching his audiences off guard. (“Did he just say what I think he said? Yeah, he did!”) Randy may not look like a giant of comedy, but when he steps on stage and turns on his bashful charm, it’s obvious that he’s going to reach great heights.

Join us at Arthur’s Supper Club for night of mingling and laughter! The cost for the show and dinner is $30 per person pre-order and $35 at the door. Heavy appetizers will be served buffet style prior to the show. For reservations, call (608) 588-5790.